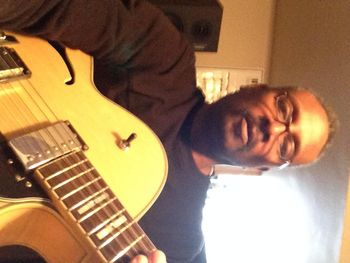 Donald Steele has been playing guitar since the age of 13.  He started out playing rock 'n' roll and R&B.

Don went into the service after graduating from high school and was subsequently exposed to a variety of musicians and styles of music.  During this time he started listening and playing jazz.

When Don returned to Columbus he played in various local bands of all musical genres.

Don has many influences.  Among his favorite musicians are John Coltrane, Wes Montgomery, Jimi Hendrix, and Scott Henderson.